The Business of Writing, The Writer's Life | 14 comments

Culling my files recently for idea-notes, I came across an unpublished article that I wrote nearly three years ago. In our last blog post (My Book, My Daughter), artist and author Licia Berry shared her story of nearly abandoning her book after publication, so I was curious about how the experiences of the authors in this article might parallel with or contrast to her story. When an author finishes the writing and/or publication of a book, the natural, ensuing question is, what’s next? Typing THE END is not the last step, nor is passing the manuscript to your editor, or clicking the “upload” button on CreateSpace. 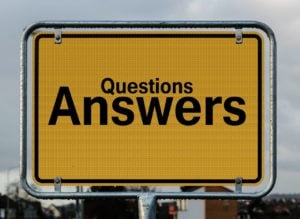 There are many answers to the question of “What’s next?” which often lead to more questions and options. Does the author move on to the next manuscript? take a total writing break? temporarily delay new writing to focus on marketing this book? But maybe we attempt to heed our responses prematurely. Perhaps a pause is necessary, not to attend to a lengthy list of non-writing to-do’s, but for tending to the emotions that are bound to present themselves when championing any effort that requires us to be open and vulnerable—any creative endeavor. The discussions I had with two authors three years ago, which lead me to writing the article below, caused me to contemplate this question: Is it a given that first-time authors will go into something resembling depression after they publish their first book? On consecutive days this week, I had separate conversations with two authors who recently self-published their first novels. One author spoke about her low expectations for success—not because her book is bad, but because she realizes she doesn’t yet have a following. She is realistic about being an unknown author putting her manuscript out into a sea of other works that are seeking readers. She is just beginning to build her “platform” from which she can eventually build a community of followers who will anticipate her next book. She is rightly proud of her book. One that began years ago when publishing was a very different industry. She went the route of seeking agents, waiting interminably for responses. After years, yes, literally, years of waiting, she eventually embraced self-publishing. She prepared herself and her

manuscript and got it done. Yet she has given herself no time for celebration. She is moving on, lining up her marketing efforts for book one, moving from outline to manuscript on book two. So her view is long-term and she has a marketing plan. Her second book in the series is underway. Still, as we finished our lunch, I sensed a fragility not normally evident in her. She seemed distracted, maybe even a little unsettled. The second author just published the first book in her series, too, one that took her less than a year to write, and she is already well into writing the third one. She tells me she promised herself before publication that her expectations for sales of the first novel would not be inflated, unreasonable. She would not allow herself high hopes. Although she has had a successful blog, she too is an unknown novelist among many. She felt she needed to be realistic with herself. 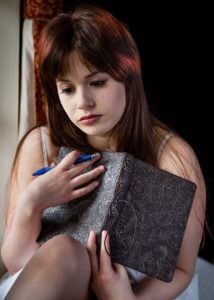 “But when it was done,” she said, “I realized that I must have had expectations. It’s like postpartum depression. I guess I thought somehow that my life would change after my book came out.” This younger author also had sought out an agent. She succeeded, but eventually ended the relationship after a year without a publication contract. She had not experienced the endless waiting to hear from the agent(s) that the first author had, so, at first, she toyed with the idea of trying the traditional route again. In the end, she did not, but it still took her a while to shift to the idea of self-publishing. Both of these authors are following the sage advice of experienced writers who say that when you finish one project, you should already have another project underway. So one is focusing on marketing; the other, now that she is finally a published author, is seeking “the next big thing” in her life. Circumstances that led them to lives of writing, their writing processes, and their eventual paths to publication have been quite different. But in these conversations with them, I saw a similarity in their after-publication demeanor that I can only attribute to a sort of “letdown.” I don’t have the right or the credentials to label these authors as “depressed,” but certainly each has been changed deep to her 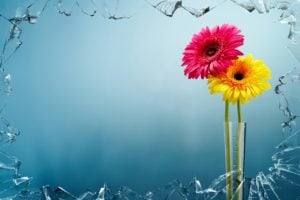 core, even if just temporarily, by the experience of publishing the first book. What has been your experience and emotion after publication? Is there a letdown or a relief? Would you label it depression, elation, or something else? How did you manage it? Did it happen again after your second book? I’d love to hear from you—both first-time and veteran authors.